Here are the new MDS releases for March 20, 2012.  I love the Wonderful Wings brush set, but my favorite is the squirrel in the With the Grain brush set.  I love squirrels, and have a bunch of decorative ones around the house so I am very happy to see that Stampin' Up! is adding some to the line up.
My Digital Studio Express FREE 30-Day TrialYou can download the software and access the free trial just as you would a Stampin' Up! digital download by shopping at my ONLINE STORE (item 129600) any time 24/7.  This is an extended special, but try it now be able to take advantage of these cute new downloads! 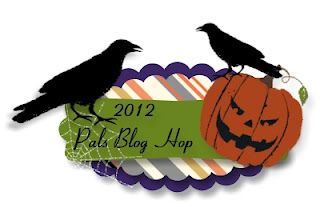 Trick AND a Treat Blog Hop

Sandie Conner
I am a full time mom of a teenage girl and a sweet little boy who both keep me going! I truly enjoy crafting and creating, and love to share my inspiration and ideas with you. I hope this site becomes one of your favorite blog stops, enjoy!